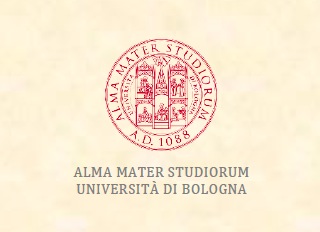 Alma Idea, the project of the University of Bologna aimed at supporting basic research, will held an international conference regarding the rules of e-commerce between Europe, the United States and China.

The conference, organized with the support of the Confucius Institute of the University of Bologna under the scientific coordination of Prof. Giusella Finocchiaro, will bring together several important exponents of Chinese and Italian universities, representatives of main international bodies for legislative coordination (UNIDROIT, UNCITRAL) and representatives of the European Commission.

The event will be held on October 2nd, 2019 in the prestigious Sala dei Carracci in Palazzo Magnani, Via Zamboni 20 in Bologna. Translation from Italian to English and vice versa will be available. 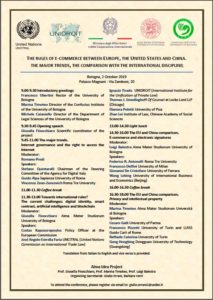 Responsible of the website is Professor Giusella Finocchiaro
Bar of Bologna (Italy)
Professional insurance policy: AIG. n. BLUE052038
VAT number 02129421208
Code of conduct for Italian Lawyers
The consultation of this website does not involve the processing of users’ personal data by the Finocchiaro Law Firm.